It’s a bit like voting for a political party

Or power to the people! When someone decides that their beliefs, objectives, and values align with a certain political string, they can vote for this political group. This way, they allow for the party to represent their voice in governmental decisions. Similarly, when one buys shares of a company, one also buys into the decision-making power that comes with these shares.

What is a proxy vote?

A shareholder, just like someone who votes politically, is not expected to be present at every meeting. After all, these are people just like yourself - aka busy people. Because of this, they are allowed to vote via a proxy, which is a written delegation allowing for someone -the proxy holder - to vote on someone else’s behalf. Just as someone votes for a party knowing the party will vote accordingly towards a certain issue, someone who gives a proxy vote appoints another person to vote according to their preferred choice. This is done by proxy ballot. Commonly this document is sent to shareholders before the shareholders’ meeting, along with a company’s annual report and information on the upcoming vote. This collection of information is called proxy statement and it thoroughly explains the issues that will be voted on - a bit like a referendum booklet. 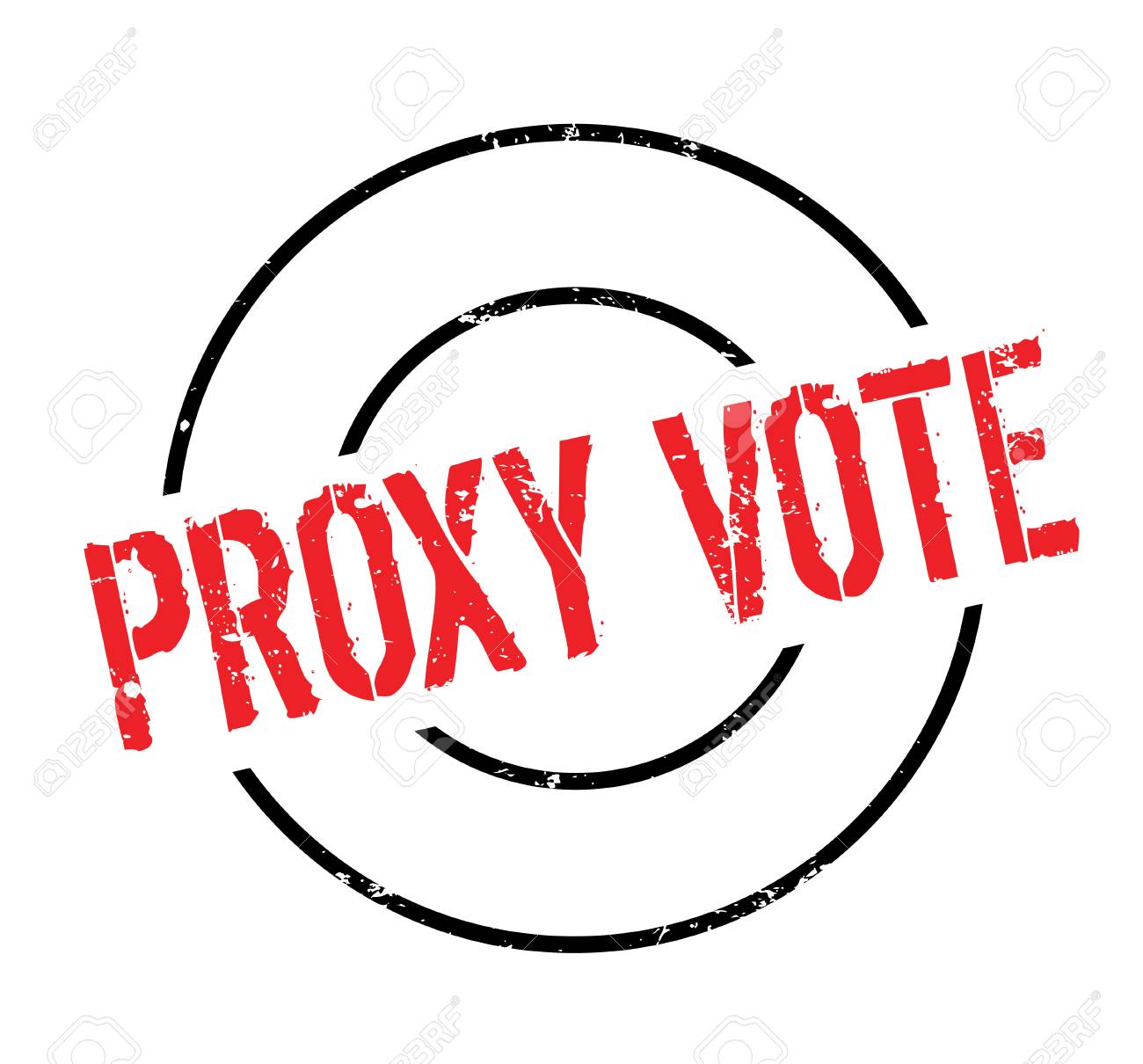 The decisions made at an annual shareholders’ meeting range from approving or rejecting an acquisition, to authorizing a new brand strategy, and appointing a new director. This is often the only time shareholders have a say in a company’s activities and operations. For this reason it is important for investors to be up-to-date with the information discussed in the proxy statements, so that they can make an educated vote. In case a shareholder cannot attend the meeting, they are required to return the proxy ballot with a preferred vote. The options include: “not voted”, “abstain”, “against”, and “for”. One can cast or change a proxy vote up to 24 hours before the shareholders’ meeting. A proxy vote used to be sent by hard copy, however it is now common to do so electronically (because...the internet). It is now also common for institutional shareholders - the large investors- to publicly share online voting decisions and proxy voting guidelines, so that smaller investors can align with their choices.

Why should you care, and why does your vote matter?

With Bits Of Stock you receive fractional shares of your favorite brands with every purchase made. These shares are not just a financial asset, they also give you the possibility to vote in your brand’s general assemblies. Similarly to politics, you may believe that your small fractional share vote won’t matter. But we are here to tell you otherwise. Just like every vote actually counts in an election, every vote counts in a shareholders’ meeting. And that's why it’s important to know about proxy votes, as they could affect, for example, a company’s attitude towards its environmental impact. We hope this will change the way you’ll look at your purchases, and make your investments go further by ensuring your voice is heard.

As far as corporate decisions are concerned, they affect all of us on a daily basis. Thanks to proxy votes, a shareholder has the power to influence decisions within a company, making a difference one little bit at a time.