How the “instant gratification” generation should think about consumption and investing

Millennials have been dubbed the generation of “instant gratification”. In a recent survey of nearly 3,000 US adults, 45% of Millennials said technology has made them more impatient than they were five years ago. Who benefits from this change in behavior? Retailers. Retailers are taking advantage of millennials’ impatience because we’ve made it clear that avoiding a wait is worth the big bucks. We don’t wait for commercials, food delivery, internet speed, or even promotions at work. Technology might be to blame but psychologists have been tracking this phenomenon for decades and have different theories. 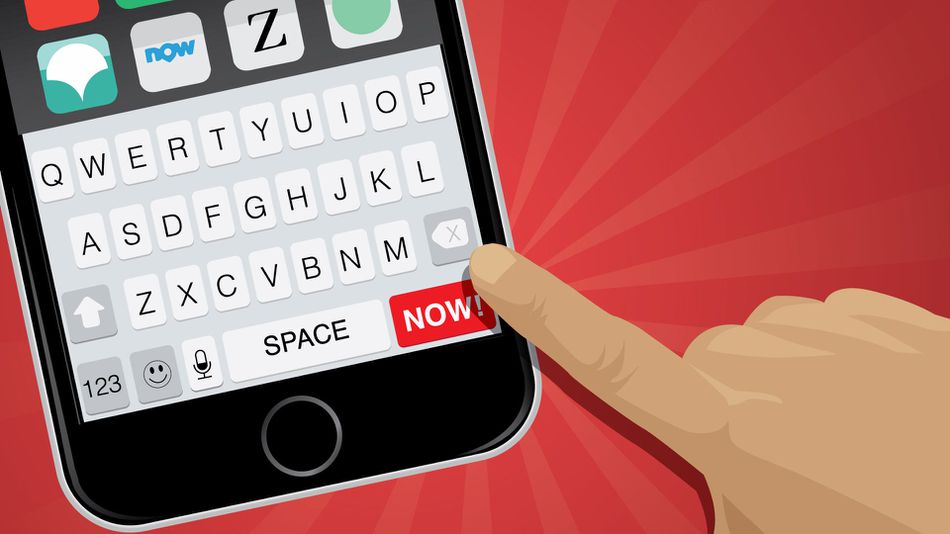 Instant gratification is defined as the desire to experience pleasure or fulfillment without delay or deferment. It’s when you want it and for millennials, that is now!

One theory is the ‘pleasure principle’. When we don’t get fulfillment, we get anxious or tense, and the ‘pleasure principle’ is the driving force that compels us to gratify our needs, wants, and urges. Instant gratification is expected in many contexts. We gain instant feedback from our devices because we’re constantly plugged in. Social media gives us the ability to upload videos, photos and status updates seamlessly and receive instant feedback from our social network. We respond in near real time to emails and tweets and have the ability to make things happen without having to wait.

The most well-known experiment to test this theory is the Marshmallow Test. Originally conducted by psychologist Walter Mischel in the late 1960s, the Stanford marshmallow test has become a touchstone of developmental psychology. Children at Stanford’s Bing Nursery School, aged four to six, were placed in a room furnished only with a table and chair. A single treat, selected by the child, was placed on the table. (In addition to marshmallows, the researchers also offered Oreo cookies and pretzel sticks.) Each child was told if they waited for 15 minutes before eating the treat, they would be given a second treat. Then they were left alone in the room. What would you have done?

Follow-up studies with the children later in adolescence showed a correlation between an ability to wait long enough to obtain a second treat and various forms of life success, such as higher SAT scores. And a 2011 fMRI study conducted on 59 original participants — now in their 40s — by Cornell’s B.J. Casey showed higher levels of brain activity in the prefrontal cortex among those participants who delayed immediate gratification in favor of a greater reward later on.

The stereotype is that millennials save less, indulge more and generally squander their future comfort for today’s pleasure. Clearly, they cannot wait to consume the marshmallows.

What does this have to do with investing?

There is an ongoing debate regarding the effects of instant gratification on our daily lives and how marketers and technologists are taking advantage of them. However, we argue the biggest impact is on savings and investing behavior. Let’s explore a very simple theoretical model an economist would appreciate. BEWARE! Technical jargon ahead. Skip to the bottom for a synopsis.

Suppose everyone lives for two periods, Present and Future. Each person is endowed with a single good in each period: Bundle A and Bundle B. Bundle A is the amount the consumer receives in the Present and Bundle B is the amount the consumer receives in the Future. Consumers have a chance to trade present consumption in exchange for future consumption based upon their preferences and endowments. The price at which they trade is determined by the market. Suppose there is no uncertainty in this model; everyone in the Present knows what will happen in the Future.

At the end of the Future, the world comes to an end. Everyone trades claims on consumption, such as, “I will give you one unit of consumption in the present in exchange for 1.03 units in the future.” Let Consumption A (c1) and Consumption B (c2) denote the amount that the individual (i) consumes in each period. If a person doesn’t trade at all, their consumption equals the endowments and c1i = x1i, c2i = x2i.

If there are i number of individuals in our model, a utility (U) function Ui(c1i,c2i) ranks the consumption bundles for each individual. So if the ith consumer prefers (5,5) to (6,4) then Ui(5,5) > Ui(6,4). Notice that Ui(c1i,c2i) has the subscript i. This means that each individual is allowed to have his own utility function. We will make a simplifying assumption about the form of Ui(c1i,c2i):

The function U(c) describes the utility of consumption for each person in each period. At the Present period, the ith person discounts the future by a factor of 1/(1+ρi) The parameter ρi is called “the rate of time preference” of the ith person. People who care mainly about the present will have the highest values of ρi. Maybe a measure of instant gratification?

Termed the psychological constant ρ, the consumer discounts the future by a factor of 1+ρ per period often presumed to be around 2% p.a. Sociobiologists speculate that 2% corresponded to the annual probability of dying over the span that the human mind was evolving. Can one argue the rate of time preference for Millennials is much higher than 2% today?

This should be the survival rate for young adults who are old enough to make intertemporal decisions up through middle-age when bearing and rearing children starts to wind down.

As the theory goes, ancient people had a survival advantage if they maximized the expected value of their consumption. They could not yet compute these probabilities, so they developed an instinct to discount the future. Suppose sociobiologists are correct and the rate of time preference evolved to encourage discounting an uncertain future. We don’t need that today, because we can consider the future in conscious reflection informed by survival probabilities. If we are making positive bequests to our heirs, then we can be modeled as if we live in perpetuity, and we wouldn’t need to discount at all. And yet, the discounting is part of who we are. It suggests that people with lower rates of time preferences could have an advantage in the modern age, like the desire to eat food whenever it becomes available. In pre-history when food supplies were uncertain, this instinct enhanced the survival of humans and their ancestors. Now it just makes us gain weight and we fight against it in the same way, we may fight against the ingrained rate of time preference.

Like controlling our diet, a lower rate of time preference could help us obtain the other things we desire — hence the cultural exhortations to learn patience.

Assume there are a lot of consumers in this economy and each one takes the interest rate as given (they ignore the effect of their own transactions on the market-clearing rate). Each consumer maximizes his utility subject to his budget constraint:

The consumer’s solution must satisfy the first order condition:

Equation (1) has a simple intuition. If

the consumer could transfer a small amount of consumption to the first period and become better off. His gain in utility from consuming ε more at t=1 will be MU1×ε. By consuming ε more at t=1, the consumer must consume (1+r)×ε less in the second period. The consumer will experience (1+r) MU2 ×ε less utility at t=2 as a result. At t=1, he discounts t=2 utility by (1+ρi), so the cost in utility terms of reducing next period consumption is:

But if equation (2) holds, this lost utility is smaller than the gain from consuming more in the present. So (2) cannot possibly be true if the consumer is maximizing his well-being as we have defined it.

This model becomes much more complex when you introduce money, social capital, uncertainty, and many other factors. It is primarily used to describe why individuals, companies, and governments borrow money and the impact on interest rates. Another important assumption to note is that consumers are rational and act to maximize lifetime utility. However, it is an interesting lens to analyze the consumption, saving, and investing behavior of Millennials. And if there is anything the psychology of instant gratification teaches us it is that consumers are imperfect decision makers.

Information exchange via technology has made each passing generation more impatient, so much so that Millennials have come to be known as the ‘instant gratification’ generation. This behavior is reinforced by the technology we use in our everyday lives as well as the way products are marketed and sold by brands. However, this behavior is artificially making us impatient which impacts our consumption and savings behavior. Our rate of time preference is arguably much higher in today’s world than centuries ago. David Laibson called this phenomenon the “pull of instant gratification” and explained why people don’t save as much as a rational lifetime utility maximizer would save. Consequently, people tend to avoid or even delay investment behaviors. It is not surprising that Millennials are the least invested generation in history but the world’s principal consumer. Most of us don’t track our secondary recurring expenses (i.e. Netflix subscriptions, ClassPass, Birchbox, etc.) let alone compulsive purchases.

At Bits, we did our own study. We interviewed hundreds of Millennials around the NYU campus, most of whom never invested in anything. The Starbucks across from NYU Stern is packed with indebted college students who frequently overpay for Mocha Lattes 5x a week. When asked “Why do you not invest?” the dominant response was, “I don’t have enough money”. Really? Did you know you can start investing for as little as $5 a week? Instead of spending $25 a week on Mocha Lattes, you could have earned 1/3 of Starbucks stock ($76.65 as of April 14). Doesn’t matter. It is hard to constantly evaluate every purchase in terms of future consumption vs present consumption, especially in the age of instant gratification.

Learn the language of finance and investing without losing your mind