Burnouts don’t happen overnight. They come after a series of unpleasant circumstances which lead to a state of mental exhaustion. A financial crisis is also usually the result of a series of events, such as “bubbles” or the overvaluation of assets, which lead to a general decline in the value of financial assets.

What is a Financial Crisis?

Anything that has the word “crisis” in it, usually isn’t good. A financial crisis is what happens to a financial market after a series of unfortunate events. The overarching component is an increased lack of trust from investors. Due to certain shifts and rumours in the financial market  investors might start to act irrationally, leading to a general decline in the valuation of assets. Rumours and herd-like behavior don’t happen only in high school, and in a financial context this kind of drama comes with more serious outcomes. Another reason behind a financial crisis can be a bank run - or when people take all their money out of a bank because they think the institution will stop functioning. The bursting of a financial bubble can be another cause. By definition an economic bubble is skewed asset prices based on inconsistent predictions on future prices. And it’s just meant to burst. A financial crisis triggers a loss in value of assets, paper wealth, and investors’ and institutional trust. 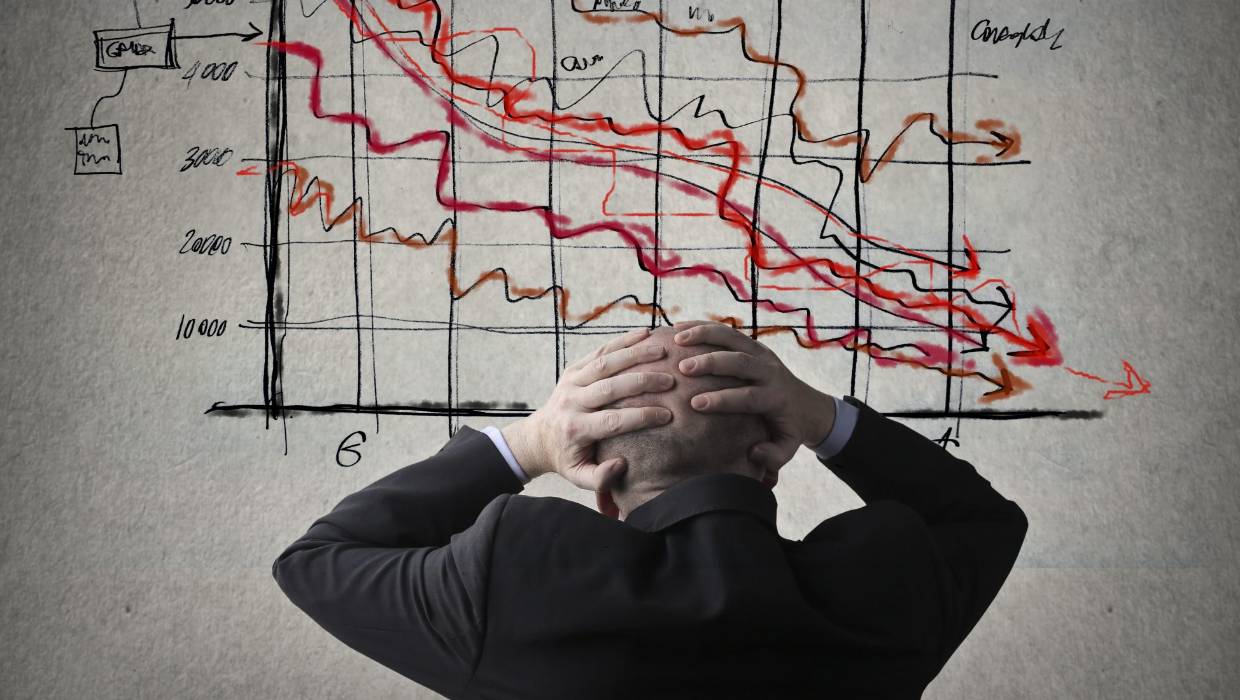 Panic at the Stock Market

If this sounds slightly irrational, it’s because it is. Financial crisis, like any kind of event, are easier to understand after they happened. In the moment they are difficult to predict or avoid. This being said, many economists have tried to figure out ways to avoid them since they can easily lead to an overall financial recession or - worst case scenario - depression. There’s two main types of financial crises: a debt crisis, which is formed by intangible investments which cannot satisfy a demand within an imaginary market. An example of this is the 2008 crisis: financial institutions lend so much money without having real assets, and just wished for a returning profit in the future. This led to the debt, and later on the currency, being devalued. The second type of crisis is an equity crisis, which is caused by the overvaluation of an innovative product in high demand (the dot.com bubble it’s an example of this).

First of all financial crisis may be contained within one market or an industry - they don’t always necessarily spread like an evil virus (although we are sure someone could make a horror film out of it). Of course, because of globalization and the role of politics within the stock market, nowadays financial crisis are likely to spread out and affect multiple markets. As grim as that sounds, just remember that what comes down, will eventually go up again- at least in the financial market.

Why will your future self thank you

It’s very likely that if you are reading this you have survived a financial crisis. In other words, it’s not the end of the world. That being said, it can have a terrible effect on the economy, and the 2008 crisis is an example of that. People lost jobs, housing prices fell, and currency lost its value. It was a shock to many, and people are still affected by it to this day. For this reason, it is important to understand the causes and effects of a financial crisis, as they are a recurrent and unavoidable part of the financial market.

2. One of the strangest financial crisis was probably the 1637 Tulip Mania in the Netherlands. At one point, Tulip bulbs became so expensive that people could spend multiple annual salaries to afford one

3. Economic bubbles are dangerous due to their effects on spending habits. In this particular economic climate, people with overvalued assets go on to spend more than they should as they feel richer (this is called the wealth effect)