However you want to call it, a common stock is a piece of the pie. Common stock owners have equity in a company, as well as a say in its important decisions. So they get a nice share of the pie, and get to decide whether they want the pie to be topped with whipped cream, bits of chocolate, or berries. We like to go for the Bits™ of chocolate, fyi.

What is a Common Stock?

When a business venture becomes incorporated, stocks are established as a way to share the ownership of the corporation. Why would anyone in their right mind sell part of their company, you may ask? Selling shares of stock is a way to raise money without taking out public loans, which would hold interest. Common stocks are a way to own part of a company without taking full control. They allow for an investor to vote on important corporate issues but not the day-to-day decisions. Imagine owning a restaurant and getting to decide only on the head chef, location, and cuisine, while leaving the rest to the founders. Common stocks allow for voting rights on corporate issues, such as deciding on a company's director. Some also offer dividend payouts according to the company’s profitability. It is important to note that stocks are divided in common stocks and preferred stocks. 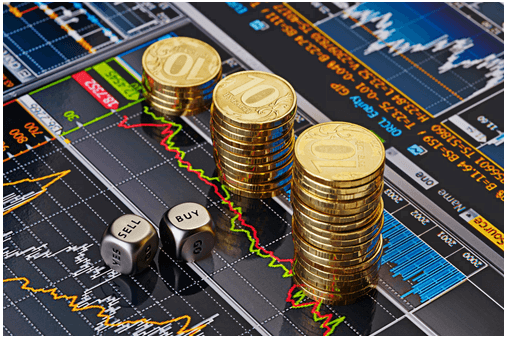 It sounds great...but how much are they worth?

Common stocks change value depending on many factors: demand and supply, interest rates, political climate, etc. Stocks are a security, which means that they have a monetary, exchangeable value. As such, they are traded on the stock market and called liquid assets because they are easily priced and traded. Thanks to this, they become a clear meter of the value of a company. In other words, the stock market allows to compare and price apples to oranges all around the world.

How common are common stocks amongst millennial's?

You’d be surprised. Millennial's are great at saving, in fact 71% are already putting cash aside for retirement (and vacations). Yet, they are not the best generation at investing. That is understandable, as most of them grew up in the recession, feeling firsthand the negative effects of the stock market. In fact, 68% of millennials see the stock market as too scary and volatile, thus not worth investing into. Yet, the fear isn’t in investing, but rather in losing money - and honestly, we get that. However the truth of the matter is that it’s riskier to not invest than to invest. If one saves money, their purchasing power will gradually decrease due to inflation. On the other hand, if one invests smartly there’s a good chance that - in the long term - their wealth will increase.

Common stocks are set to become a more  common investment practice. Risk is unavoidable - and not just when talking about money. Thanks to the magic of compounding, which basically means letting your investments fluctuate with the markets over a period of time, odds are you will get a return on your investments. So be brave: invest.

It’s a bit like being on the fast lane