Our Bit on Infinite Scrolling

Before smartphones, the average adult in 2008 spent 18 minutes on their phone. If anything has changed in the past 10 years, it’s that now we spend time differently, and dedicate on average three hours a day to our phone. We seek simplicity, and technology reflects that by creating exceptional, user-friendly applications. The flip side is that it becomes addiction-inducing. This leads to uninterrupted screen time, as well as developing the constant need to always check your phone for “something new”. We live in an age where technology helps us solve many problems — even the ones we did not know we had. However, this creates issues regarding device usage, and as a result, we find ourselves unconsciously scrolling for hours, seeking that unpredictable reward. 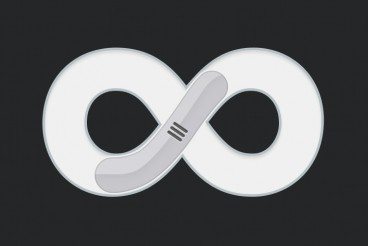 What are some tricks used by designers to foster this scrolling behavior? The most popular one is the “Infinite Scroll”, which was designed in 2006 by technology engineer Aza Raskin as a way to allow for continuous scrolling without additional actions. This game changer finally allowed users to continue scrolling without the need to click. It seems obvious now, but it was not back then. This led to a huge increase of time people spent on applications, and the more use of an app, the more the application is valued. Another trick designers use is the masonry grid layout. This is used by Instagram, for example. It packs as much content as possible on one page, increasing scrolling substantially. Spinning wheels are another way apps keep your attention, as they are used — for example, Twitter — as a way to lure users into an unexpected new thread of content. All of these elements are designed after the principle of serendipitous rewards — the more you scroll, the more chances you come across something of interest. In a way, it is similar to gambling at a casino, only here the slot machine is constantly in your pocket.

Before phones, we probably wasted time in different ways as there has always been “displaced time” in our daily routines. The difference lies in the tailored way in which these applications target the needs and wants of the user. Like a slot machine in a casino, applications keep the user going, using the same reward strategy. If we had told doctors 100 years ago that one of the biggest vices of our time would be scrolling, they first would have asked “what is scrolling?” followed by a look of confusion. Scrolling is relatively new as vices go and effectively it could be replaced by something else in the not so distant future. Yet, the reward strategy used to keep you engaged will probably remain, as rewards are the best way to adopt new habits.

Once upon a time, mothers knew everything best. Where to go, what to buy, how to buy it.

Nearly 80 percent of Millennials do not invest at all