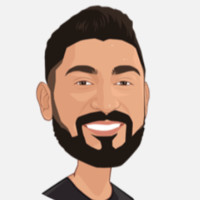 Globalization has redefined our lives. An example of this can be drawn from Manfred Steger’s Short Introduction to the subject, by looking into this year’s Women’s Soccer World Cup in France. It was a wonderful event which both showcased the increased relevance of women’s sports and unity amongst nations. But it was also a contest which was sponsored by, amongst others, the U.S- based Coca Cola Company, the Chinese Wanda Group, and Qatar Airways. The events were broadcast around the world, and French-Madagascan performer Jain sang at the opening ceremony.

In the past two sentences five countries were mentioned, yet no reaction was sparked. The world is so interconnected that buying a shirt that is designed in Stockholm, Made in Italy, and sold in Japan has become the new normal. This is also reflected in the way we travel and live, as vacations have become exotic, expedition-style getaways, and Millennials increasingly seek the digital Nomadic lifestyle. Brands caught up to this trend, and have made their products accessible to a worldwide audience by establishing stores abroad and strategically looking into local market demands. Yet, as brands become global brands, their reward programs have not necessarily made the same shift — in fact most countries still have their very own rewards systems. So, inspired by the end of the summer vacations, this week we decided to travel the world with loyalty programs, and see how they differ in various regions.

We start off with the U.S., where the most common typology of loyalty program is the point system. For every purchase, a consumer can accumulate points and claim a reward. These points typically convert cashback, discounts, freebies or special customer treatment. These kinds of rewards encourage frequent, short-term purchases. Another common reward system, which usually is used for higher-price-point businesses such as airlines and hotels, are tiered programs. These are based on an incremental increase of rewards with every purchase, with the downside that they often apply only to high-spending individuals and corporates.

In Canada the story is a little different, as the oldest loyalty program in the country is by Canadian Tire Money, where consumers would get cash-like coupons to use at participating stores. Now it has shifted to a card-based program, but nevertheless the Canadian Tire Money is still around and often cherished more than what it’s worth. Although Air Miles is the largest reward program in Canada, one of the preferred types of rewards can be found through gas station loyalty programs, where earned rewards grant discounts on fuel.

Moving south, Latin American countries, according to a Nielsen report, have the lowest self-reported loyalty program participation rates. One of the main reasons for this is the strength of traditional trade in the region, which accounts for over half of retail sales, and loyalty programs being generally for larger-format stores. The consumers’ favorite rewards are cashback or rebates (48%), but — surprisingly — 4 out of 10 say free products are among the top benefit, the highest percentage rate globally.

In Europe loyalty programs are predominantly old-school — most are quite complicated, and still use physical reward cards over apps. Product discounts are the preferred reward for loyalty points, with over 62% of consumers choosing this promotion dependency over cashback, freebies, or exclusive consumer treatment.

In Africa and the Middle East, reward program participation is tied to development and trade. In South Africa monetary rewards are highly valued, with 69% of loyal customers choosing it as their preferred reward. In countries such as Morocco and Egypt, non-monetary rewards are favored, and benefits such as being recognized as a valued customer are popular.

In India the largest coalition loyalty program is PAYBACK. With over 100 million members and a point-to-rewards system paying out mostly in discounts across the many brands PAYBACK partners with.

In Asia-Pacific loyalty programs are so popular that 7 out of 10 consumers with online access are part of a rewards plan. Digital loyalty programs are the preferred choice in this region, with product discounts, cashback, and free shipping being the top three chosen rewards in return for loyalty points. Interestingly enough, in a recent Collinson Group’s report, it was revealed that affluent middle class in China values providing for their families and saving for the future, yet this is not fully reflected in the rewards they are offered.

Although many of these programs have shifted from card to online app-systems, rewards still differ from country to country. On a similar note, consumers value rewards differently across the board, yet they are given the same choices of rewards. The difference in currencies, cultures, and needs justifies this, yet with international brands covering more countries, the question of whether reward programs could be just as universal as the brands they represent remains. Because of this, we see the importance in creating a platform that can be used worldwide, and where rewards go beyond the traditional options. At BITS we believe in fractional shares as the evolution of reward programs, and a natural progression of prizes that reflects the current global, tech-savvy, and value-driven consumer.